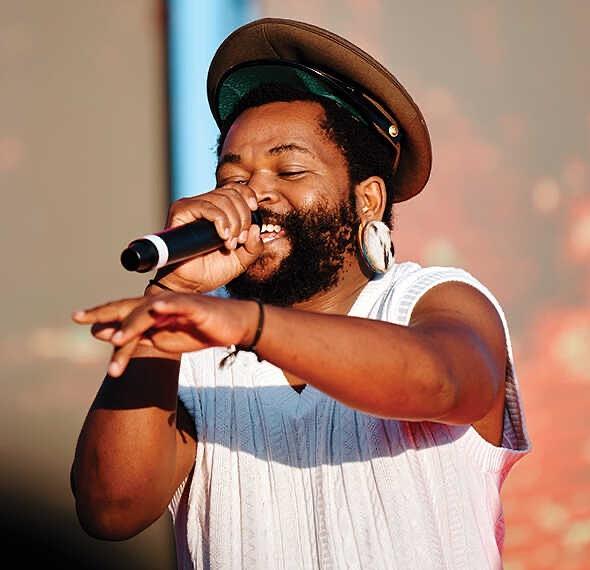 Hip hop star Sjava, who has won a lot of awards, is very proud that his One Man Show is almost sold out.

When he plays at the Durban International Convention Center on December 9, Sjava will give his fans a night to remember.

After a two-year break because of the COVID-19 pandemic, the show is going to be bigger and better this year. With just more than a month to go, tickets are selling like hotcakes, and 90% of the seats in the Black Fixed Arena are already taken.

On Twitter, he thanked the people who bought tickets because of him.

Sjava is still trying to get over a case that nearly ended his career. This happened after his ex-girlfriend, Lady Zamar, filed a case against him for rape in 2019. She told how the incident happened after they both went to the same event.

Lady Zamar said at the time that it couldn’t have been consensual sex because in July 2017 she had a breast reduction surgery. Her doctor told her she couldn’t have sex for about six weeks after the procedure.

Sjava denied the accusations, and the National Prosecuting Authority threw out the case (NPA). They did this because they thought the facts or evidence did not show that the case could be won. The star who won a BET award sat down with Rorisang Thandekiso from Mzansi Insider and talked about how hard it is for him to get over the whole thing.

On the show, Sjava said that he hasn’t healed mentally even though his reputation has been fixed and he is finally back on his feet with a job and the support of his fans.

“Career wise everything is going well, however mentally I am not coping. Even when I am in public spaces there is still that uncomfortable feeling I get from people, so I am still trying to heal from that.

“My music can be on the charts and it can do well but that does not mean I have healed. I am still trying to fix my spirits to be where it was before. What happened to me was not easy thing to go through. I do not wish it on anyone.”

@Sjava_atm talks about his healing process of the whole 2020 saga!

Sjava was hit hard by the industry that tries to meet the demands of social media and its “cancel culture.” He lost jobs and was taken off Uzalo after filming had already begun.

Lady Zamar has been the target of a lot of hate and bullying on Twitter for a long time. People on Twitter always remind her of the case, and some of them have even stopped listening to her music.