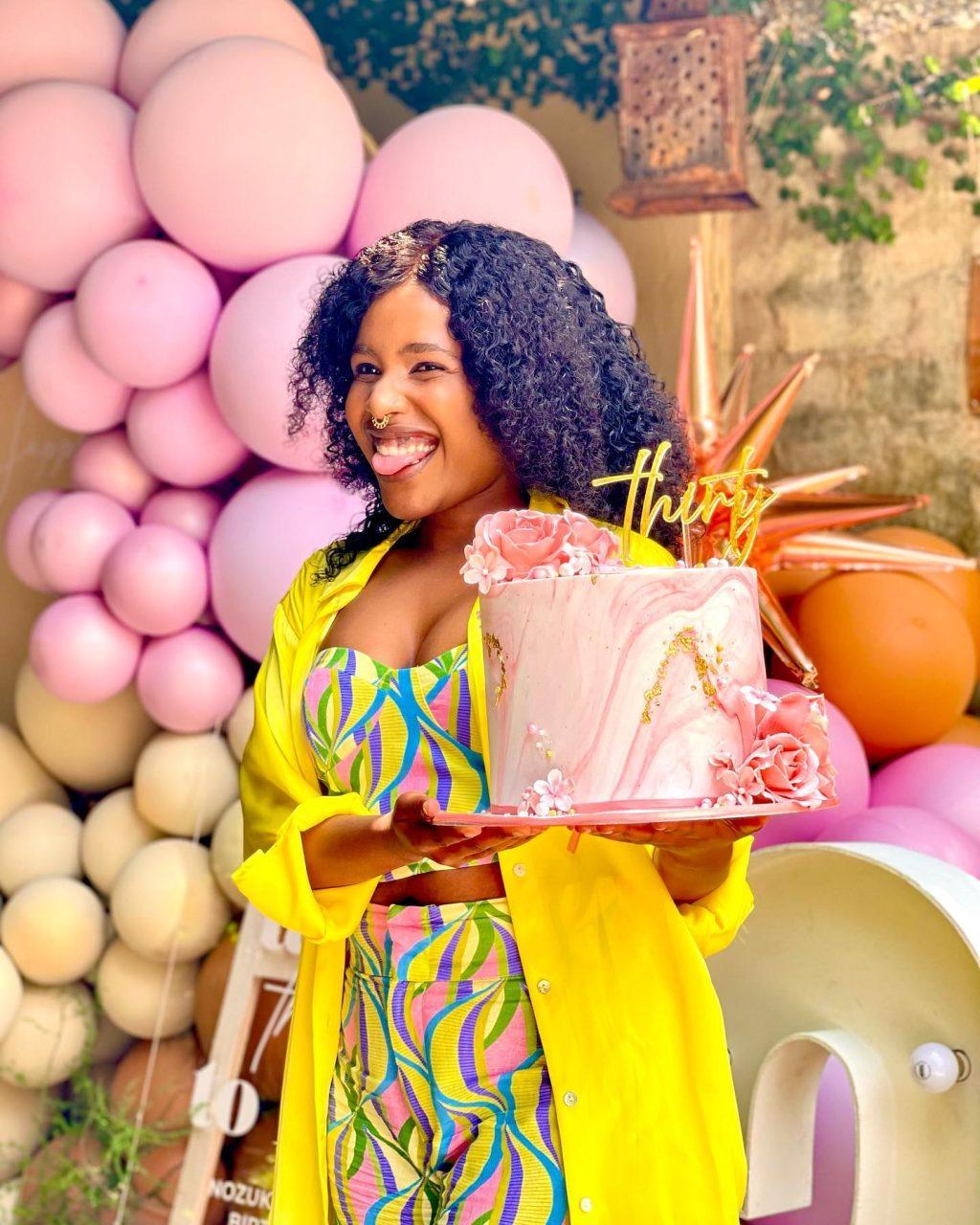 Every person’s 30th birthday is a big deal and a day they will never forget. It. Signifies the end of your 20s and the start of a new chapter in your life.

Deep City and Scandal! Nozuko Ntshangase, an actress, is celebrating her 30th birthday.

Natasha Thahane, who was in the movie Blood and Water, was one of her friends who helped plan Nozuko’s birthday party.

“I can’t believe that I’m 30. I know thats crazy cause for the longest of time I’ve been saying I can’t wait to be 30. Crazy neh!! Now that I am 30,it’s so surreal.
“@kgaogelo_monamaÂ said, “friend the shift happens literally on the day of your thirtieth birthday”
“say goodbye to all the fear” advisedÂ @nqo4reel.”
The talented star added: “I’ve been learning how to be bold, how to intentionally apply myself to what I create as well as experience. I’m so blessed”

Nozuko did not study drama or go to AFDA like most actresses do. Instead, she just started acting on her own. Isn’t that strange? Taking into account how talented she is.

Nozuko told Actor Spaces about it in a conversation.
“I am not formally trained, I am informally trained through community theatre. I just told a friend of mine that I want to do this thing that we do in Arts and Culture class. Then she told me about a group that I can join. It taught me discipline. It taught me the beauty of creating and it taught me to create honestly and be myself.”
Community theater is where Nozuko learned how to act.
Â
“It is an informal set up but it needs to be recognised because there is so much training and it has produced stars. I literally went from community theatre to doing shows with Edmund Mhlongo and Jerry Pooe”

Nozuko went to the University of Kwazulu Natal to study education.

Back home, things were so busy that her mother couldn’t pay for her housing and school fees.
“I was studying but I owed everything. I think I was even squatting at res at the time”.
Â  “I think I was 23. I finished matric around 2010 and I only went to the University of Kwa-Zulu Natal (UKZN) around 2014, this meant I was 4 years out of school, performing around, working with the playhouse and doing shows around Durban. I was away from home at that time”. And then as fate would have it, “when I auditioned for Skeem Saam in November 2013, I auditioned for the role of Enhle, which my friend got. In the new year, I went to UKZN then Skeem Saam called me after 7 months and I had to answer my true call”.

When Nozuko moved to Joburg, like most South Africans, she sent most of her salary back home.

This made her sad, which made her depressed.

“Financially, I did not understand a lot of things. Intellectually, there were still a lot of things I needed to learn around that. I messed up a lot financially, I made really bad decisions. I felt like everything that I learnt in high school was not a part of this”
Â