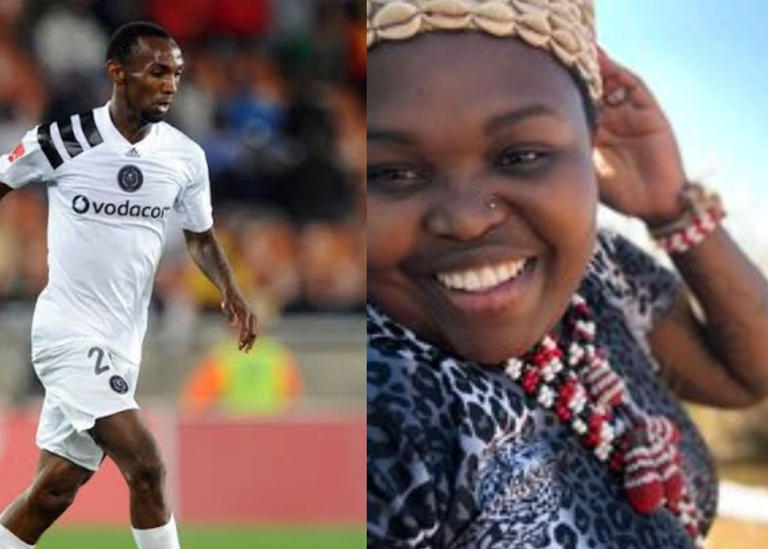 The popular sangoma Gogo Maweni, real name Lee Ann Makopo, admitted during an interview on Gigi Lamayne’s podcast that she used “muthi” on former Orlando Pirates player Thabo Rakhale after he dumped her.

She continued by saying that she was devastated when Rakhele dumped her for being a sangoma for a short period of time and that his career at Pirates was cut short due to the “muthi” she employed.

According to Iharare, Thabo struggled to make the Pirates’ starting XI after Gogo Maweni used traditional medicine on him because he was relegated to the bench all the time.

The dribbling wizard struggled to get regular playing time, the club released him in 2017, and he later signed a permanent contract with Chippa United, according to the publication.

The contentious sangoma added that she is aware that Orlando Pirates supporters will despise her as a result of her confessions. This year, the well-known reality TV star also made news when she admitted on Podcast and Chill with MacG that she had cursed her child’s biological father, SK Khoza, who portrayed Shaka Khoza in The Queen Maweni.

She also admitted to casting a spell on Siyabonga Zulu, a former Mamelodi Sundowns soccer player with whom she has a son.

See also  Son Of Ademola Adeleke, B-Red Brags Of Being Over Weight With Dollars

“I have ancestors and they hear me when I cry. I’ve also had enough,” she said.

“I didn’t do anything that anybody wouldn’t do. When I say âwouldn’t do’ when something is above you you tell your ancestors and God, and what they do with it it’s their problem, not mine.”