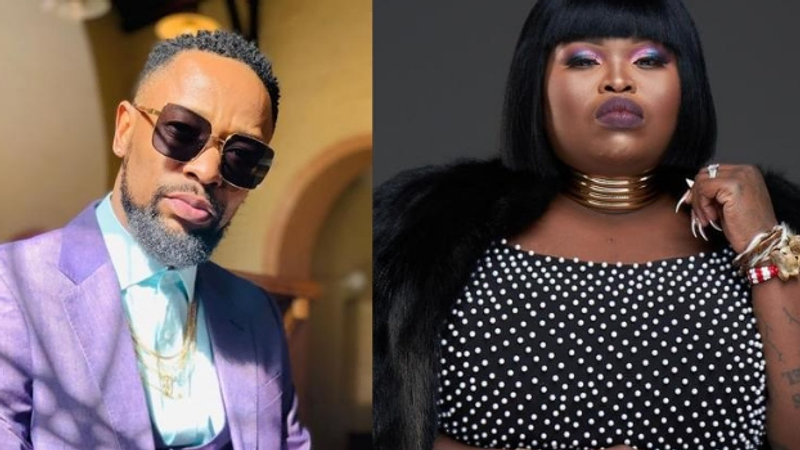 Lee Ann Makopo, better known by her stage name Gogo Maweni, is a popular sangoma artist and reality TV star. In a recent episode of the popular podcast “Point of View with Gigi Lamayne,” she said some shocking things about her ex-lover Sthembiso “SK” Khoza.

In the explosive interview, she said that Khoza was a deadbeat dad and said that he used drugs. She also talked about why their relationship ended.

The “Izangoma Zodumo” said that she used drugs while she was still with Khoza.

“I won’t lie, I did try coke… Gogo Maweni told Lamayne, “You try coke until you say, “Argh, this is not me.”

She also said that she bought the drugs because her ex-lover couldn’t afford them at the time.

“You are introduced to drugs by this person, who cannot even afford the drugs but because you are a cheese girl (someone who comes from a rich background), you can afford to buy them (drugs).”

“There are live views (social media live broadcasts) that I got from SK, â¦I don’t know whether they were real or they were only because I could buy him drugs.

“So yes, we spent a lot of time together, we had sex and we had a baby.”

On “Izangoma Zodumo” in 2020, Gogo Maweni was the one who first showed Khoza to be an absent father. She spoke out about the actor’s continued failure to pay for their son.

“When I got pregnant with Rori, he said to me he was not ready to have another child, and I said to him, âI believe there’s a reason why I am pregnant and I’m supposed to have this child. I don’t know what the reason is but I’m not going to have an abortion to please a man’.

“He then said âbecause you love me and you think after you have had the abortion, I’m going to leave you, let us to court and sign (get married at the courthouse)’.”

Gogo Maweni told Lamayne that if Khoza denies using drugs, she will prove it.

See also  "Its been a challenging couple of days trying to power through immense pain, fever and general body weakness" Peter Okoye reveals a shock

“If he comes back and say that I’m taking smack, I got a video of you taking drugs in the bathroom.

“I can tarnish him if I want to, but I choose not to do that.”

Gogo Maweni also said that Khoza has never made a serious effort to get to know their son.

“SK would come to my house but cannot sit with his son, he would ask me, âcan he not go to your mom while we are together because I’m not comfortable with sitting with him right now? I’m not ready.’ Who does that?

“I chose that man over my own child. Till today, it breaks me because I chose that sh**, that a**hole over my son,” expressed the star.

View the complete interview below.

Warning: The video’s content may offend anyone with delicate viewpoints. Additionally, the video uses foul language.